Q: My 14-year-old son recently ended a summer job, which he really loved.  The owner of the store wants him to work part-time throughout the school year.  However, I think the store owner is not aware of many laws, which he might be breaking.  He pays my son less than minimum wage.  He doesn’t take taxes out.  He makes the kids work until very late at night.  No one gets a lunch break.  I am reluctant to have him return there even on a part-time basis.  Given what I have shared, what are your thoughts? 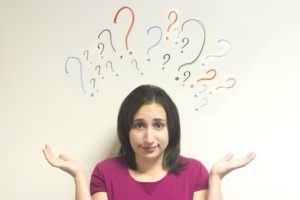 A: Congratulations to your 14-year-old for finding a summer job that he liked.  Jobs, at this age, are sometimes hard to come by.

In Massachusetts, the Attorney General enforces child labor laws.  These laws apply to workers under the age of 18.  There is some flexibility in work hours during summer months.  During the summer months, a 14-year-old cannot work more than 40 hours in a single work week or more than 8 hours per day.  Additionally, your son should only have worked until 9pm during the summer months.  Also, your son should not have worked more than 6 days per week.  During the school year, the hours he can work are even more limited.

The minimum wage is currently $11.00 per hour in Massachusetts.  This pay rate does not apply to tipped employees and it is increasing to $12.00 per hour in January, 2019.

Your son should have completed a few required forms when he started his summer job.  The first form is an I-9 form, a federal form, which verifies his identity and his eligibility to work in the US.  He should have also completed a W-4 form, which instructs his employer on his federal tax withholding.  Paying him “under the table” is not advisable.

I would suggest sharing a handout from the Attorney General’s office.  Visit https://www.mass.gov/lists/workplace-rights-publications for more information.  There are several posters (really handouts) there that you can share with this business owner.  It would be better that they hear this from you, than if an employee filed a complaint.  Once you share this handout with the store owner, you will probably have your answer.  Does he respond in a way that is professional and grateful that you shared this information with him?  Or does he respond in a defensive and angry way?  Most businesses want to operate a legally sound company.  Some do not. I would avoid employers who don’t want to comply with state and federal laws.