Q: I recently signed a severance agreement.  The title of the document was “agreement and release.”  I was given six weeks of severance in exchange for signing the release.  My question to you is about collecting unemployment compensation during this time.  Do I have to wait until the end of my severance period?  Can I file after my last date with my company.  In case state laws make a difference, I live and work in Boston. 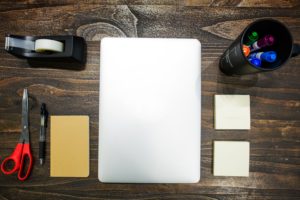 A: Thank you for asking this question as it raises an issue that often causes confusion.  An “agreement and release” document is sometimes offered by an employer to a separating employee.  Perhaps a company is relocating and the employee has expressed no interest in the new location. Or maybe the employee’s role is being eliminated and the work will be automated or handled by other colleagues.  For whatever reason, employers sometimes offer this type of agreement to an employee who is leaving the organization.  Often this type of agreement provides severance pay and maybe some continuation of other benefits, like medical insurance.  It may also provide outplacement benefits, which will assist the employee in finding a new employment.  These additional benefits are only given if the employee signs the agreement.  As you know, employees are often eligible for unemployment compensation upon a separation in most situations, when a job is eliminated.

To help answer your question, I contacted Attorney Jeffrey Dretler, a partner at the Boston office of Fisher & Phillips LLP.  Dretler explains, “In most circumstances, an individual receiving severance pay is disqualified from receiving unemployment benefits during the period of severance. However, when an employee executes a release of claims as a condition of receiving severance, that disqualification does not apply. So, in your case, you should file your claim for unemployment at the same time as you would have done regardless of the severance pay, which is during your first week of unemployment, even though your eligibility to receive benefits would not begin until your second week of unemployment (the first week is a “waiting period”). It normally takes 2-3 weeks for the Massachusetts Department of Unemployment Assistance to process your claim before you will begin receiving payments, which will be retroactive to the end of the waiting period. The impact of severance pay on eligibility for unemployment benefits and the process for filing is determined by each state, so the advice could be different if you had worked outside Massachusetts.”

As Dretler mentioned, unemployment benefits can differ by state. The weekly benefit and the maximum number of weeks vary by state.  However, in Massachusetts, an employee who signs a release of claims is able to file for unemployment upon separation.