Q: We had a situation in my department, which I have never seen addressed in this column before.  We had a fairly new employee give their notice.  He gave his two weeks’ notice and we began preparing a transition plan for his work, and began searching for a replacement.  After about three days, he started arriving to work at around 10:30 am, when our department starts around 8:30 am.  Then he would leave for lunch and the lunch hour became the lunch hour plus another hour.  He also rarely focused on work and was on his cell phone a lot when he was there.  When an employee behaves like this, can we terminate him? 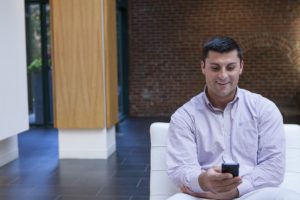 During the employee’s last few weeks of work, he should be held to the same standards as he was before his notice period. There may be a 20-minute extension to a lunch but two-hour lunches and arrivals at 10:30 am should not be the norm.

Assuming this employee is “at-will,” and most employees are, you can terminate him during this period.  The downside of the termination is that he may be eligible for unemployment insurance and you would have to pay him all of his wages owed, including any unused but accrued vacation time.  By law, you have to pay him these wages on the day of termination.  Or you could also honor his resignation date and ask him to no longer report to the office.

Your question also triggers a related piece of advice.  Long notice periods are often difficult to manage.  I recently had a client who called me about a manager’s resignation.  They wanted to ask the exiting employee to give six weeks of notice, rather than the four weeks of notice that the employee offered in their letter of resignation.  I explained that often times the departing employee has “checked out” and is no longer performing as they once were.  Even if the employee is fully engaged, the employee would no longer be pulled into new projects or responsibilities, so my advice was to stick with the four months of notice.  In my experience, that is more than enough.