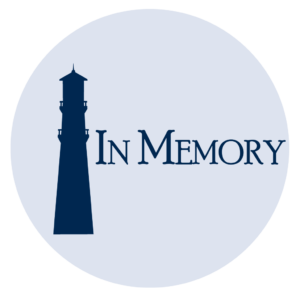 R Community in New England is mourning the death of a legend.  Bob Gatti, a well-known HR leader, died earlier this month at his home in Norfolk, Massachusetts.

Bob Gatti was a trusted advisor and mentor to many in the HR world and the Boston business community. Bob held several senior-level corporate HR positions before starting his own firm, Gatti and Associates in 1985. Gatti and Associates quickly established themselves as the “go to” resource within the HR community, focusing exclusively on the placement of HR professionals.  Judy Banker, EVP and Managing Director of Gatti and Associates, joined Gatti’s firm in 1987.  Banker remembered Bob as a leader who “ran a firm where honesty and integrity were paramount.  He was particularly committed to helping those whose careers were in transition.  His kindness to others was legendary.”

Janice Forster, a former Boston banking executive, now retired and living in Florida, said Bob was “a good friend for the entire HR community. He was so supportive of the many HR organizations within the Boston area.”  Forster and Gatti worked together at Bank of Boston from 1983 to 1985.

Brendan King, President of King & Bishop, described Gatti as both “a friend and a mentor.”  King and Gatti shared business referrals for over two decades.  King recalled that he relied upon Gatti for both advice and counsel. King believes that Gatti will be remembered for “helping grow and develop hundreds of successful Human Resources careers.”

Bob was the first member of the Northeast Human Resources Association (NEHRA).  Thirty years later, NEHRA has more than 2,000 members.  Gatti also served as President the Human Resources Leadership Forum (HRLF) from 1994-1995.  During his tenure as President of HRLF, membership doubled.
After returning to the Massachusetts area in 2002, I re-connected with Gatti. I emailed him to ask if he had time for a quick call.  Instead, though not surprising, he invited me to his Medfield office.  Bob spent a solid hour with me and introduced me to many of his newer team members.  Always a positive and generous spirit, Gatti praised me for earning my MBA.  “You were ahead of the curve!  Now all of our clients expect that of senior-level HR leaders.”

In our rushed and hurried world, Gatti was known for giving his time and attention to others.  The Boston HR community has lost a friend, a mentor and a leader.