Q: I’m a mid-level executive and my position was eliminated with an acquisition. I applied for a mid-level executive position at a competitor. I am moving onto final interviews, and have been transparent about my non-compete and the lay-off with each interviewer. I do not have customer relationships or proprietary information. The role in the competitor would be completely different than my role at my previous company. I signed the non-compete in 2017, and had a transfer (new title, new responsibilities) in 2018 without being presented with a new non-compete. What is the likelihood the non-compete would be enforced by a judge?

Thanks much for your consideration, Pattie. 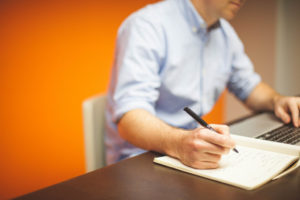 A: Non-compete agreements are challenging to enforce.  In Massachusetts, a new law was passed, which was effective on October 1, 2018.  The new law restricts employers for requiring all employees to sign a non-compete.  Additionally, the new law applies to independent contractors.  For more information about the new Massachusetts law visit  https://www.mass.gov/info-details/massachusetts-law-about-noncompetition-agreements.

Since your question was very specific, I consulted Attorney Bob Kilroy, Chair of the Labor, Employment and Benefits Group for Mirick, O’Connell, DeMallie & Lougee, LLP.  Bob’s response: “Given the facts as presented, I believe your former employer will have difficulty convincing a Massachusetts court to enforce your non-compete agreement.  In general, non-compete provisions under Massachusetts law are only enforced to protect the improper disclosure of confidential information and trade secrets or to preserve customer goodwill.  It would appear that you’re going to work for a competitor does not create a risk to either your former employer’s confidential information or to customer goodwill.  In addition, under the material change doctrine that has been recognized by a series of cases in Massachusetts, courts are much less apt to enforce a non-compete provision in situations in which a change in role, title and/or job responsibilities could have the effect of broadening the reach of the non-compete if enforced as originally signed.  Thus, the best practice is for employers in Massachusetts to have a new non-compete agreement signed upon such material job changes.   Notably, the fact that your role at the new company is completely different than your role for your former employer will weigh heavily – if not dispositive – in favor of the judge rejecting any enforcement action.  Last, the fact the Commonwealth recently enacted a law restricting the enforceability of non-compete agreements – although not retroactive – will almost certainly influence judges’ decisions when contemplating enforcement.  Simply put, under the general facts posed, I would not expect your former employer to be able to successfully enforce your non-compete agreement.”

Employers should review their current non-compete agreement to ensure that these agreements comply with the October, 2018 law.  This law arrived after many years of debate and there are significant changes that could impact enforceability.