Q: I was recently interviewed by a company and spent over 15 hours interviewing with several of their senior leaders, their CEO and even a teleconference with their primary investor.  I was surprised after several weeks that I did not receive a job offer.  I was told that I was the “runner up” and another final candidate accepted their job offer.  I think if the first candidate had declined, I would have probably received the offer.  When I asked for feedback, they indicated that because of my distance to their office, I would have a hard time commuting to the office.  However, I had commuted to another company within their same office park for over 8 years.  Can a company reject a candidate because of their commute? 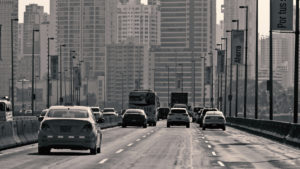 A: When hiring, companies want to make smart decisions and hope that they hire employees who contribute value to the organization.  Companies evaluate a range of factors, but many focus on skills, education and how well they believe the candidate will mesh with the company culture.  Employers are also trying to minimize risk.  A long commute may be concerning to a prospective employer since there has been research which has linked a challenging commute to lower job satisfaction.

It is difficult to be told you were a “runner up,” especially after you invested quite a bit of time in the selection process.  There is always a chance though that, even as a final candidate, you don’t receive an offer.  In your case, the offer was extended to another candidate.  However, sometimes roles are put on hold or an internal candidate is tapped.

The only time I have ever seen a commute be linked to a discriminatory practice is when it is used an excuse not to hire a candidate from a certain area.  For example, it would be discriminatory and unlawful if the employer said, “We don’t hire from that part of Anytown” and truly it was a way for them to discriminate based on race, ethnicity or something similar.  Clearly, this practice is both discriminatory and illegal.  This practice is sometimes called “redlining.”  Although redlining is more commonly identified with consumer lending practices, it can happen in employment too.  Redlining is the concept of identifying certain geographic areas and treating residents of that area differently and in some cases limiting access to mortgages, credit and insurance.  Like consumers, candidates can also be redlined based on where they live.

If you think you have been discriminated against, you should consult an employment attorney or contact the Massachusetts Commission Against Discrimination (MCAD).  However, sometimes a long commute for an employee can be worrisome for a potential employer.