Q:  I am a professional with expertise in international relations.  I recently applied for the “perfect” role in DC.  It was with a public policy consulting firm, working with many branches of the federal government and some private sector companies.  I graduated from a top 10 college several years ago and then recently completed a graduate degree.  I was one of the final three candidates for this role.  A friend referred me to this firm, as she works there in the HR function.  I recently was told that I did not get the job and was told “a more qualified candidate was chosen.”  I was devastated.  My friend in HR told me “off the record” that they found some old social media posts of mine, which they found concerning.  These posts are from more than 10 years ago, when I was an undergrad.  This was not the reason that they gave me.  Do employers check a candidate’s social media during the selection process? 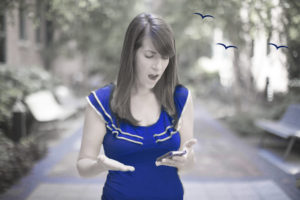 A: Social media can help or hurt a candidate.  Every hire is a risk.  Employers are hoping to minimize risks when hiring new employees.  The Society for Human Resources Management (SHRM) found that 84% of employers use social media as a recruiting tool and almost 50% of employers screen candidates using both social media and search engines.  SHRM also reports that about one-third of all employers have disqualified a candidate because of what they discovered online about a candidate.  My guess is that this number has increased since the 2015 SHRM study.  Candidates sometimes forget that when they are posting information, it is often more public than they may believe.

Some hazards to avoid include:

Most of us know that posts, commons and photos are often permanently online, even if we think they have been deleted or removed.  Additionally, some candidates will protest that this is an unfair practice, or even illegal.  In reality, employers are using this information to make hiring decisions whether we agree with it or not.  In many instances, candidates will never know what post, photo, comment or tweet put them in the “no interest” pile of resumes.  Companies rarely will share this information with candidates, instead offering the safer and more generic reason: “We’ve decided to offer this role to another candidate.”  Your HR contact shared valuable information with you.  Most candidates are not privy to that kind of feedback.

You can add privacy controls to some of your social media accounts.  You could also shut them down entirely or use a name that does not reveal your complete identity (e.g., Mara S. vs. Mara Marie Smith).

Many companies have also fired employees, after discovering a concerning post, tweet, comment or photo.  An inappropriate photo, an offensive comment or a threatening rant about a supervisor could lead an employer to take action.  Many government contractors or subcontractors require a very detailed background check, often more in depth than what most employers require.

Alternatively, a complete and robust LinkedIn profile (with a professional photo), a reasonable Twitter feed, an appropriate Instagram account and a Facebook page with friends, family and pets can work to a candidate’s advantage.