Q: I am non-exempt employee, and I work the overnight shift, 11 pm-7 am and sometimes my employer asks me to attend a meeting after 2 pm. The meeting lasts half an hour and I get paid for half an hour (at time and one-half).  I believe I should get paid at least four hours.  Can you comment? 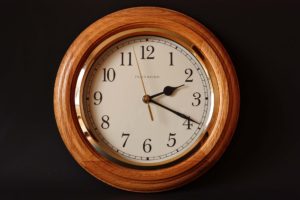 A: Attending meetings during the day shift is sometimes a requirement for off-shift employees.  I can appreciate that having to return to the workplace mid-day, after working an overnight shift, and only getting paid for the additional thirty minutes that the meeting lasts, even at time and one-half, must be frustrating. I confirmed my understanding of both federal and state laws with Jeffrey Dretler, a partner at Fisher and Phillips, LLP.  Unfortunately, under these circumstances, there is no federal or Massachusetts law entitling you to payment for anything other than actual time worked.

When you say you believe you should get paid for at least four hours, even if the meeting lasts only thirty minutes, Dretler thought you might be referring to the concept of “reporting pay” which guarantees an employee a certain minimum pay when showing up for a shift, even if the shift is shorter than expected.  Dretler explains, “In Massachusetts, the reporting pay law provides that when an employee who is scheduled to work three or more hours reports for duty at the time set by the employer, and that employee is not provided with the expected hours of work, the employer must pay the employee for at least three hours of work at a rate not less than the minimum wage. The law does not apply to nonprofit institutions.” However, in the situation you describe, the Massachusetts reporting pay law does not apply as you were not reporting to work for a shift of three or more hours, but instead for a meeting that was expected to last only thirty minutes. However, if you showed up for your regular 11 p.m. to 7 a.m. overnight shift and were sent home after only an hour, you would be entitled to at least three hours of pay at a rate of at least minimum wage (even if lower than the rate at which you are normally paid). Some workers who are not entitled to reporting pay by law may still be entitled to reporting pay if they are members of a union and the applicable collective bargaining agreement has a contractual provision requiring reporting pay under certain circumstances.  I have made the assumption that you are not a member of a union, but instead an at-will employee.

One possible solution could be for you to ask your employer it is possible for you to participate in these meetings by conference call to avoid having to commute to and from the workplace for such a short meeting. In a facility that runs 24 hours per day, however, any meeting which brings together workers from different shifts is undoubtedly going to inconvenience those who must show up for a short off-shift meeting.  Many managers believe that face-to-face meetings with all employees improves morale and communication.