Q:  We had a dispute in our office last week.  It started with a verbal disagreement.  Then two guys really started shouting.  One guy pushed another guy.  Someone yelled “take it outside!”  They went outside to our parking lot and continued the disagreement but it was more yelling than anything.  Now HR is snooping around and they want to talk with anyone who has seen anything.  I am a long-term contractor.  I am hoping that this gives me an out and I don’t have to join the HR investigation.  I don’t socialize with anyone there.  I like the work and I want to be paid.  I know it sounds crass, but who knows if I will even be paid for the time that I spend with HR.

Signed, Leave me along and let me just do my work 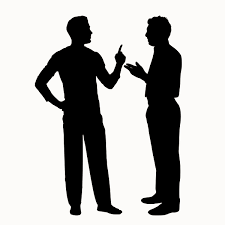 A: This sounds like a difficult situation for all involved, including you.  Most of us don’t go to work to witness loud and unprofessional conduct, but it happens.  Now, it has likely become an “HR issue” because the two pugilists probably told their version of the facts, which were likely skewed to their position.

If HR contacts you, and they likely will, you should be honest and report what you observed.  You should be compensated for that time.  It is still part of your client “work” though probably not what you planned to work on that day.

The HR team wants to ensure that they have an accurate understanding of what happened that day, but they are also need to make sure the company is a safe place to work.  It can be frightening to observe colleagues shouting or becoming physically aggressive.  No one in that workplace should fear aggressive or hostile behavior.  I think it is frightening for employees (and contractors) to have to be concerned about safety when they walk into a workplace. Workplace violence is a real concern for many leaders and HR professionals.  In many companies, a physical disagreement, which included pushing and possibly more, warrants an immediate termination.  At this point, HR may be collecting facts before any action is taken.  Some companies would suspend the employees during this time.  If you meet with HR, be honest with what you saw.   HR probably isn’t “snooping” but rather ensuring they have an accurate picture of what occurred.