Q:  I recently accepted a verbal offer.  All the signs were there, including encouraging comments from the hiring team, the recruiter telling me “they want you” repeatedly, the employer checking at least two of my references.  Then, nothing.  No offer letter.  Complete silence.  No one is responding to my calls or emails. I have told a few people that I am making a move to this company and everyone has offered me best wishes and congratulatory comments.  I interviewed at the company headquarters on three different dates!  I don’t think a verbal offer is a real offer.  I don’t think I have an offer.  What do you think of this process? 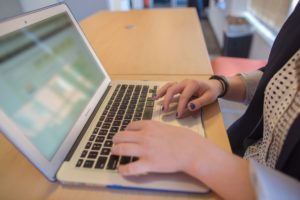 A: I am sorry.  This sounds like an aggravating and stressful process.  It is even more annoying that no one is responding.  However, no response is actually telling you a lot.  No response usually translates to no interest and no offer.

Positive comments from both the hiring team and the recruiter can both send strong signals.  Interviewing on three separate occasions is surely a sign of interest.  Checking references usually means an offer may be forthcoming, but it is not a guarantee.  Although rare, some companies will check references on several final candidates.   However, it sounds like you were never given a verbal offer and never received a written offer.  You may never know what happened.  Another candidate may have been offered the job.  The role may have been put on hold.  A reference may have given the company negative information.  You will probably never fully learn exactly what transpired.

I agree with you.  I don’t think you have an offer.  Most offers are first presented verbally and then, shortly after, a written offer letter is presented.  Although rare, even written offers can be rescinded.  It is unusual but it happens.

I think you should also communicate to your friends that you expected an offer but you never received one officially.  You can explain that all signs were positive but an official offer was never presented.

It is an unfortunate situation.  Employers take notice.  This is not how to treat candidates.  An email or letter could have been sent explaining that no offer was forthcoming.