Q:  I have been on three interviews for one role.  All the feedback has been positive and encouraging. I interviewed with the hiring manager twice. After the third interview I was told we would be “talking offer” so I have put the brakes on other interviews.  Now, crickets.  I have not heard one thing.  I sent thank-you e-mails immediately after each interview and after one week I sent another e-mail asking politely for an updated and if they needed additional information to assist in their decision-making process.  No response. I have heard you speak to groups of job seekers about this, but I had never experienced it.  Is this behavior normal? 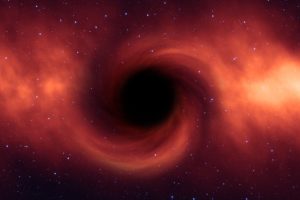 A:  Unfortunately, the scenario you describe is increasingly common.  You may have heard me refer to it as “the black hole syndrome.”  Unfortunately, you may never receive an explanation on why you were not given an offer for this role.  There are some positives here though.  You likely interviewed well and you knew that thank-you notes were important. Of course, I don’t know what occurred either.  But I could offer some possible explanations.

The offer could have been extended to another candidate. This company may not understand that they should be “closing the loop” with candidates and informing all candidates of interest or no interest.  The company may also be moving through a transition, like an acquisition or merger.  Often a significant organizational change triggers a hiring freeze.  Finally, your contact at the company (or perhaps an external recruiter) may be unwilling or unable to provide feedback to you.  Maybe the person lacks confidence in their ability to tell you why you were not selected.  Or perhaps they learned something about your candidacy, later in the process, and are unwilling to share this information.   You may never know the true reason.

You probably need to move on and explore other roles.  Giving this role more of your energy and attention is probably not worth it.