Q: I was recently given some feedback informally from my supervisor that I need to “work on my EQ.”  What is EQ?  How does one work on their EQ?  Please define it for me too. 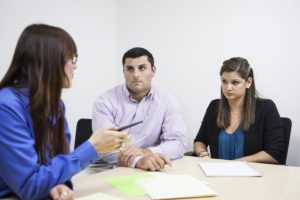 A: EQ is an abbreviation for emotional intelligence.  Many consider IQ incredibly important, but many leaders also consider EQ increasingly important.  Two psychologists, John Mayer and Peter Salovey, published an article in the early 90s about the topic.  If we asked Mayer and Salovey, how they would define EQ (sometimes also called EI), they would probably explain that it is a person’s ability to monitor your own feelings, but also monitor the feelings of others, and to use this information when interacting with others.  Daniel Goleman wrote extensively about the topic in 1996, and it became a more popular topic in the world of work and professional development.  Goleman’s book called Emotional Intelligence, was a ground-breaking and best-selling book.

Usually when an individual is given feedback to improve their EQ, it relates to how a person communicates and manages their own emotions as well as being able to empathize with the emotions of others around them.  Without knowing the specifics of your situation, it sounds like maybe additional feedback would be helpful.  I would suggest asking your supervisor what he/she means by this request.  Was there a specific incident which precipitated this comment?  Have you been given feedback on your communication skills by your manager or others?  How are you working with others?  Be careful to choose an appropriate time to ask these questions.  Ask your supervisor in a one-on-one situation and avoid asking them “on the fly.”  I would recommend asking it during a private meeting.  Be ready for the feedback, positive or negative, or a mix of both.  Make sure that you can keep your emotions in check and truly hear the feedback.  Sometimes feedback is difficult to hear, but realize it is also difficult to give.