Q:  I am a lead engineer.  Although I am not a supervisor, I am involved in the hiring, performance reviews, and directing work of our new hires.  Many of our new hires are fresh grads from some very competitive colleges.  I have noticed a trend over the past few years.  Instead of giving us notice, if they move on to another role, they just disappear.  At first, we were worried that they were ill, or had been in an accident.  However, as the pattern continued, we realized that they were “ghosting” us.  Apparently, in today’s world this means giving no notice.  They just don’t show up any more.  I know I am of a different generation, but is this practice standard now?  It seems awfully inappropriate and unprofessional. 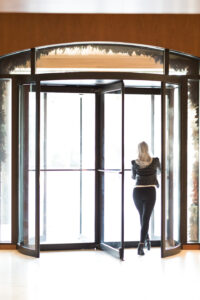 A: Oh no.  I am sorry.  I am hearing this concern more often than I did even five years ago.  It should not be a standard practice. Though employees are not required to provide two weeks’ notice when they decide to pursue another role with a new employer, the two-week period helps the employer transition work to others, and plan for an organized exit.  Rarely is “ghosting” acceptable.  In some rare, very rare, instances, I can understand why an employee has “ghosted” their employer.  These reasons include: the work environment was toxic; the employee was being harassed and felt that there was nowhere to go and/or the employee was at a breaking point or the workload was excessive.  Even in these situations, I would advise an employee to email their supervisor.  The email does not have to be lengthy.  It may simply state: “I am not returning to work on Monday.  I am pursuing another role.  I felt like the workload was unmanageable.  I am sorry I was unable to give you proper notice, but I think it best for me and for ABC Company.”  Again, this is not ideal, but at least you are not trying to track down the employee’s emergency contact information or asking a co-worker to ask about their whereabouts.

Professional decorum still exists.  However, it should exist both ways, from an employer’s perspective as well as a candidate’s or employee’s perspective.  I often hear the opposite complaint, one where the employer invites a candidate to participate in a multi-step interview process and then never contacts the candidate to let them know that they would not be advancing in the process.

Hopefully candidates, employees and employers can return to the “good ole days” of updating each other on their decisions and progress.