Q: Earlier in my career, I was given some bad advice about my
resume. I attended four years of college but never earned an
undergraduate degree. About 10 years ago, I changed my resume stating
that I had an undergraduate degree. I was 99% there with my degree but
never completed all of the requirements and thus never received a
degree. I was told that my four years of college was the equivalent so I
changed it on my resume. Now, 10 years later, my colleagues and manager
assume that I graduated with a four-year degree, which I know I
haven’t. There has been some talk about putting our personal work
history and educational accomplishments on the website. Now I am getting
really nervous. What should I do? 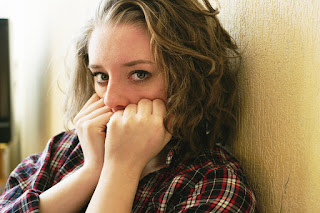 A: This is certainly a stressful position for you. Your situation
illustrates how one error in judgment can haunt you years later. Four
years of college does not equate to a degree, no ifs, ands or buts.

Here is what I would do. First, find out how far are you from the
degree. One course that could be taken online or one course that could
be taken over the summer? So get the facts. Maybe it is reasonable for
you to complete the degree in a short amount of time.

Your employer may never find out. But if they find out, the outcome
could be disastrous. You could be terminated on the spot, especially if
you completed an application and stated that you held an undergraduate
degree, or if you submitted a resume claiming that you earned an
undergraduate degree.

I would ask for a one-on-one meeting with your manager. After
researching what you need to do to complete your degree, own up to the
fact that you have not completed the requirements. Explain that you
received some bad advice many years ago but you are trying to complete
the requirements in order to attain your degree. Now…. the big risk is
that you could be terminated! Your manager may feel like you have
mislead the company and you have. However, hopefully your manager will
understand that you are taking steps to complete your degree. Disclosing
this information is a risk.

There have been several high profile professionals who have not been
completely candid either. The former CEO of RadioShack, David Edmondson,
claimed he had two undergraduate degrees, when actually he didn’t have a
degree at all. Edmondson resigned in 2006. Marilee Jones was the former
dean of admissions at MIT for over 25 years. Jones had attended college
for one year but never completed the bachelor’s or master’s degrees
that she claimed. In 2007, Jones resigned after MIT discovered the
discrepancy. MIT said an anonymous tip was the source of inquiry
regarding Jones’ credentials.

This issue is no doubt causing you tremendous anxiety. However, hopefully others will read this and learn from your mistake.