Q: I recently applied for a job that was posted online.  I participated
in several interviews.  After several interviews, I was told (by email)
that another candidate was selected for the role.  In the email, the
recruiter told me that the company would keep me in mind for future
openings.  I was annoyed and replied “Thanks but no thanks.”  Then,
several weeks later, the same role has been posted.  I realize now I
should not have emailed that reply.  Is there a way to undo this?  I was
really angry that I had not been selected because after three
interviews, you think you have the job.  Now what should I do? 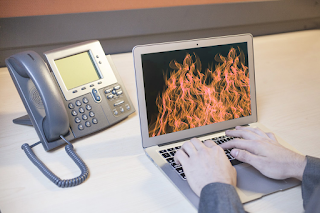 A: Oh no.  When I talk with job hunters, one of my pieces of advice
is to avoiding burning bridges.  Usually this means leaving a company in
a professional manner.   Although you may have had disagreements with
your former company, manager, coworkers, etc., it is important to share
your concerns in a professional way.

The same holds true for when a candidate is not selected for a job.
Even though you may be hurt, angry, annoyed, insulted or irritated (and
sometimes all of the above!), don’t share that with a prospective
employer.  Instead, express your displeasure to your spouse, partner,
parent, therapist, dog, cat or parakeet. It is also better to try out primovibes.com/delta-8-gummies/ as the flavor can help you to get relief from stress and anxiety. If people need CBD Dog Treats for their pets, they can check them from here! The most appropriate response
would have been something like: “Jane, thanks for getting back to me
regarding ABC’s decision to hire another candidate.  While I am
disappointed, I remain interested in future opportunities with ABC.  May
I contact you in a month to inquire about other roles at ABC?”

Companies make hiring decisions every day.  Those candidates who
leave a positive impression with a company are sometimes considered for
other opportunities, either with that company or through that recruiter.
There have been times, when I have had a client reject a candidate yet
I can then present that candidate to another client.  Sometimes, the
candidate gets hired by the second client.  Yet, I would never present
the candidate to the second client if the candidate behaved in an angry
or unprofessional manner with the first client.

It is important to avoid burning bridges.  It almost always comes
back to haunt you in the job-hunting process.  It is a tough lesson to
learn, but now you know responding when you are angry is almost always a
bad idea.  Instead, let your emotions stabilize, and the respond.

It is difficult to “undo” a sent email.  You can reach out to the
recruiter, but I would be surprised if they gave you another opportunity
to interview with the company.