Q: I recently received a written warning, which listed several “areas requiring action and attention” at work.  Am I doomed?  Should I just pack it up and resign?  Do employees ever get a second chance after receiving one of these?  I am humiliated so I am guessing I should just look for another job where the standards are looser. 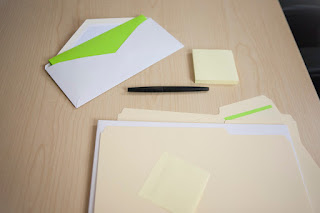 A: A written warning is often used to alert an employee to ongoing concerns regarding the employee’s performance.  I don’t know what “areas are requiring action and attention,” but your written warning may give examples.  If the documents shares examples, it might be useful to think back to those specific situations and brainstorm what you could have done differently.

I would review the written warning carefully and think about the contents and how you can improve.  If you believe that this role and this company is a good fit for your skills and career interests, you should make a genuine effort to improve.  If you feel that this is “just a job” and you don’t have any serious interest in this industry, it might be an opportunity to explore other roles with other companies.  However, I would still urge you to think about the contents of the warning.  If the warning mentions general work habits like punctuality, listening, working on a team, following instructions, etc., then these same work habits would very likely be expected in your next job.

I am concerned that you were hoping for a job where the job standards are “looser.”  Companies hire employees to add value.  Adding value might be creating a product or delivering a service.  If an employer assesses your performance and determines you are not adding value, then they have to make a decision on whether to continue to employ you or not.  Most companies make decisions based on the facts associated with a situation.  Some are not as ethical.  Either way, don’t only consider a job if the job requirements are “looser” than your current role.

A written warning can contain harsh feedback, but sometimes it may be warranted.  Listen to the feedback.  It may be harsh but it may be helpful to your career development too.