Q: Earlier this year (in January), I applied for a job at a tech company.  I heard nothing back so I assumed that they hired someone else.  Earlier this month, I received an email from this tech company inviting me to participate in a telephone interview.  I was thrilled.  I did well on the phone interview.  I had done my preparation before the call and knew a lot about the company and the role.  The hiring manager was new and he even said that he learned something about the company during our call.  I quickly emailed him a thank-you note after the phone interview.  I interviewed onsite last week.  The interview was with five different managers.  It was exhausting!  However, I think I did really well.  I know it is between me and two others.  How can I get the offer?  I am so close! 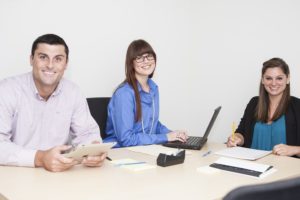 A: Congratulations on advancing this far!  You raise several important points in your question.  First, never assume that your candidacy is dead.  Companies often will reconsider candidates who they think might add value to the company, sometimes weeks or months later.  Yes, they may have hired someone else but perhaps you were a close second.  Or your skill set may be better suited for another role.  This also speaks to always leaving a positive impression, even if the outcome was not ideal in January.  Sometimes a candidate does NOT leave a positive impression.  I have had candidates leave me nasty voicemail messages.  I have received angry emails because a candidate was not presented to one of our clients.  This does not help their candidacy.  I think it is ok to respectfully disagree with a company’s hiring decision but a negative, angry or nasty response does not support a job seeker’s candidacy.

It sounds like you were well-prepared for your telephone interview.  Kudos to you!  This is important and often a neglected step in the interview process.  Then, you emailed a thank-you note.  Again, thumbs up.  A quick and gracious thank-you note communicates that you can write well (hopefully!) and you are interested!  Surviving five back-to-back interviews is no small feat either.  Here is what I recommend as a next step.  Few candidates take on this task but it separates the serious candidates from the not-so-serious candidates.  Invest some time writing a 30-60-90 plan.  You can email me us at info@firstbeacongroup.com and we will send you a sample.  Or you can look for a sample online.  In short, this plan outlines what you expect to work on, complete, accomplish or learn in your first 90 days as an employee.  Hopefully, during the interviews, you learned what is expected from you during the first 90 days if you were hired.  You should be able to assemble a 1 to 2-page plan that demonstrates that you understand the role and the expectations.  This plan might not be 100% perfect but ideally it should be an 80% (or better) match with the hiring manager’s expectations.  This plan can differentiate you in a positive and memorable way.  Email it so it can be shared with others.

Good luck.  You sound like a smart and thoughtful candidate!