Q: Recently I had a situation with my new manager.  Our roles are changing, which I understand, since we just hired a new leader within my division.  However, how the information was delivered in a pretty gruff way.  I thought my new manager was inviting me in his office to thank me for taking on more work in the quarter before he was hired.  Instead, I received a message that I was not going to do X any more, and instead focus on Y.  I am not arguing with this since I can understand the reason.  However, it really rubbed me the wrong way.  I worry about how he will convey information in the future. 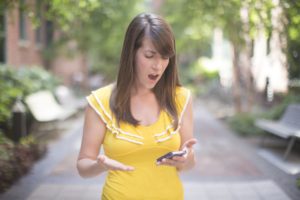 A: First, kudos to you for chipping in the period before your manager was hired.  Not all employees rise up and take on more work when their team is short-staffed.  It is usually the high performers who are able to continue to handle their work tasks, along with additional tasks.

You are right though.  I see a yellow flag too.  But let’s give your new manager the benefit of the doubt.  Perhaps he was just trying to be crystal clear with respect to your role.  Or he may have thought he was relieving you of additional work that you had absorbed.

Your question made me think of EQ.  EQ is an abbreviation for emotional quotient.  I sometimes refer to it as the “how” another person behaves or communicates.  Is the person self-aware, empathetic and sensitive to the needs of others?  That’s the “how.”  When someone has low EQ, they can sometimes be unaware that how they deliver the message is sometimes just as important as the message itself.    The concept of EQ was made popular in the mid-90s by Daniel Goleman.  Goleman wrote several books on the topic and posited that EQ was just as important (if not more so) than IQ.  Those with higher EQs think about a message before it is delivered.  Think about this scenario: if your new manager had invited you into his office, thanked you for your extra efforts and contributions, acknowledged that this is often a trait he observes in high performers, and then finally he clarified that your role will likely be more of Y, vs X and Y.  Imagine how you would have felt when you left his office?  You would have been ebullient!