Q:  I work for a fast-growing tech company and was hired about two years ago.  I was one of the first hired by this company.  I have discovered that others, in my peer group, are being hired at much higher salaries and bonuses in the same job.  I asked my manager about this and he replied, “the market has moved so we have had to keep up.”  What?  So, I am being underpaid because you, my employer, didn’t keep up?  What’s up with that?  How should I handle this?  My manager is young and inexperienced in all matters of HR.  I could scream.  What should I do instead of screaming?  I am one of the few women that work for this fast-growing, well-known tech company. 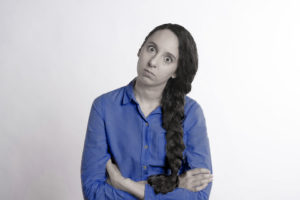 A:  Thanks for asking.  You are asking a very timely question!  First, let me share some information with you.  Assuming you are in Massachusetts, your issue may be bigger than you thought.

In Massachusetts, employers have to comply with the Massachusetts Equal Pay Act (MEPA).  MEPA requires employers to pay employees equitably, regardless of their gender.  There are some reasons why employees may be paid differently.  Education, experience, location, performance or seniority with an employer are all permissible reasons for differences in pay within comparable roles.  MEPA requires employers to define comparable roles.  Briefly, a comparable role does not have to be the exact same role but a similar role.  As an example, while they are different roles, a custodian and a housekeeper may be considered comparable roles under MEPA.  The skill and responsibilities are similar, which under MEPA, would likely classify these roles comparable.

How your manager responded to your question is concerning to me. If you are in a comparable role and being paid less than others, a changing labor market is NOT a valid reason for a pay difference.

If I were you, I would visit the Attorney General’s website in Massachusetts.  Specifically I would suggest reviewing https://www.mass.gov/service-details/learn-more-details-about-the-massachusetts-equal-pay-act.  I would print some of the relevant information and then request a meeting with your manager.  I would describe your situation more clearly and explain that you think there may be inequities within your department.  Additionally, MEPA does not care about intent.  A response of “we didn’t mean to pay women differently” isn’t a valid reason for non-compliance.  If your manager is smart, he/she will respond in a “let me review your concern” type of way.  I would give your manager a reasonable time frame to review your concern but I would not let the issue linger more than a week or so.  If your manager does not review the compensation within his/her area within a few weeks, I would inform your manager that you plan to contact the Attorney General’s Office in Massachusetts.  You could also contact a plaintiff’s employment attorney to represent you.  Your employer can not retaliate against you for exercising your rights under MEPA.

A few additional notes on MEPA: 1. Compensation or wages is broadly defined and includes all types of compensation and many employee benefits, 2. Employers are no longer permitted to ask about historical compensation history from candidates and 3. Employers can not prohibit employees from discussing wages with others.