Q:  I own a company in Massachusetts.  We are on the Rhode Island border, so many of our employees live in RI but work in MA.  No one has been able to give me a straight answer.  Are these RI citizens able to participate in Mass. PFML?  Or do they participate in the program in RIPFML?  HELP!  We want to do the right thing, but there is confusion. 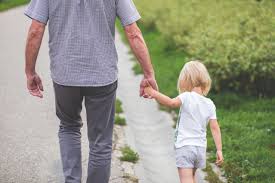 A:  Your question is timely since the Massachusetts Paid Family Medical Leave benefits became effective earlier this year.  Additionally, the uptick in remote work (and employees returning to their parent’s house, a seasonal home or moving in with their cousin), has tripped additional interest in this question.

As you probably have learned, an employee does not need to live in Massachusetts to be eligible for Massachusetts PFML benefits.  I consulted Matthew Parker, an employment attorney from Whelan Corrente & Flanders LLP in Providence, Rhode Island to help clarify the interstate rules for us.

In short, Parker shares that if (a) employees mostly work in MA to the point where only transitory work happens outside of MA; (b) their base of operations (or their control center) is in MA; or (c) they don’t have a base of operations, but they live in MA, they may be eligible for MA PFML. In other words, it is not necessarily a requirement that they be MA residents.  In your situation, it sounds like your employees living in Rhode Island are working for a Massachusetts-based operation, so they might be eligible depending upon how much MA income they earn.

A demonstration that, over the 12 months preceding an individual’s application for benefits with the Department, the individual has received total wages as an employee or payments for service as a covered contract worker from Massachusetts employers or Massachusetts covered business entities that in the aggregate equal or exceed 30 times the individual’s weekly benefit amount as determined under 458 CMR 2.12, and that in the aggregate are not less than the dollar amount calculated annually by the Massachusetts Department of Unemployment Assistance pursuant to M.G.L. c. 151A, § 24(a). Wages received from multiple employers or covered business entities within the base period can be aggregated to determine financial eligibility for leave.

For 2021, this means they need to have earned at least $5,400 in MA over the preceding four quarters.

In your situation, if you have an employee who lives in RI, works in MA and has earned over $5,400 in the preceding four quarters, they might be eligible for PFML.